You are here: Home1 / The XBRL Project

The project title is:

It’s realized with the participation of CoreFiling, an English company with offices in Oxford that plays an important role in the international market both in the development of the XBRL format and in the marketing of products and software services based on this technology.

Some other important contents of the projects are:

iXBRL is now a standard component of the XBRL language and has been adopted in several countries (in particularly the United Kingdom and Ireland) to help the information exchange between filers and their regulators, as it provides a means of rendering the reported data in both human- and machine-readable format. 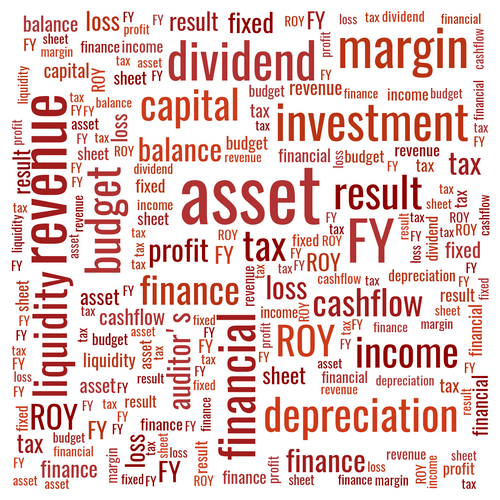 use in three leader countries in the exploitation of this technology: the United Kingdom, the Netherlands and the United States.

XBRL (acronym of eXtensible Business Reporting Language) is a language based on XML, and it is mainly employed for the communication and the electronic exchange of financial information. XBRL was conceived with the purpose of improving financial communication. In order to classify balance sheet items in a coherent way and have a software process them, the creators of XBRL defined a series of specific tags for each concept appearing in the statements. Afterwards, they organized these tags in taxonomies – data dictionaries that define the several concepts in the balance sheet items of various companies-.
Every taxonomy includes tags, definitions and references so that data are marked with a specific meaning.

In the UK, XBRL is employed for the compulsory filing of fiscal information at the HMRC and for the voluntary filing of annual reports at the Companies House. These two programs are responsible for the creation of more than 2 million XBRL documents every year. They are the biggest XBRL filing programs in the world and they are known for their effective integration with a large scale adoption by software sellers in the market. It is worth mentioning, in the context of the UK, the creation and development of Inline XBRL.

The Netherlands are part of the SBR program (Standard Business Reporting), an assemblage of international programs led by government agencies with the aim of regulating financial processes. The Taxonomy Project or NTP 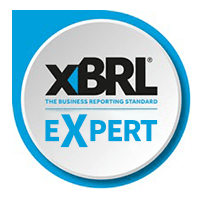 was born in 2004 to facilitate administrative processes.
The NTP created an XBRL taxonomy that allows businesses to produce financial information for governments directly from their databases and to use that information in a safe and efficient way. Other procedures envisaging the adoption of the XBRL language have been introduced also in the domain of communication between companies and banks. The latter grant several tax incentives to those companies that decide to register the XBRL instance. In addition to this, there is the simplification of the interface for statistical data storage.

The United States have always encouraged the adoption of the XBRL language, and they now record extremely high numbers of instances that have been registered according to this standard. In the United States, the filing of financial statements in XBRL format is required for companies listed on the stock exchange. The created taxonomies share the possibility to be extended in relation to what was decided by central authorities.

The subject of our experimental project is the evaluation of the extension of XBRL technology, in relation to the current Italian standard and to the comparative analysis with the aforementioned countries.

In Italy, since the annual report of 2014, it is mandatory to register statements in XBRL format not just in the case of preliminary statements (mandatory since 2009) but including integrative notes as well.

Specifically, we focused on the fiscal domain. Starting from IRAP and IRES 2014 forms

and from the filing procedure established by the Italian income revenue authority, we have analyzed the tracciato record employed for the importation of statements in the software and consequently created a taxonomy, inclusive of the fiscal forms and other elements from the IT-GAAP taxonomy.

Furthermore, we have added specific elements from the fields already present in the statements. Then, we have created several examples of annual reports, in InLine XBRL format, in relation to fiscal statements.

The project proved a useful occasion to envision a possible widening of the XBRL technology applications, and gave us the possibility to verify that such technology actually bears all the potentialities that are already exploited in the strongest countries of the international market.

The aim of our project is to measure the diffusion of the XBRL technology with respect to the current use in the Italian environment and then with a comparative approach. 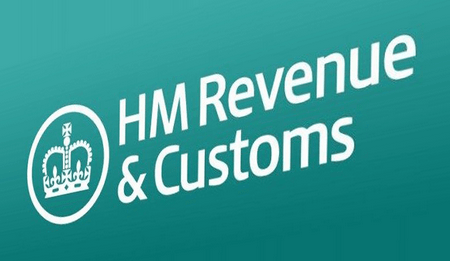 In the UK, companies, banks and government agencies are provided with the XBRL support as in the United States. In particular, XBRL is employed for the filing of fiscal information at the HMRC (Her Majesty’s Revenue and Customs) and for the voluntary filing of the annual reports at the Companies House.

These two programs are responsible for the creation of more than six million XBRL documents so far. They are the widest XBRL filing programs in the world, and they are known for their successful implementation with a large scale adoption by software sellers in the market.

The UK has adopted Inline XBRL as the standard for the presentation of financial data with XBRL. This allows the presentation of documents in readable versions, in (X)HTML format, with embedded XBRL tags. These tags are usually not visible to the human eye but can be visualized according to need with a suitable software.

Creators and users of documents can normally read the reports but they can also check the purpose and the accuracy of the mapping when needed. The software can read tags, process and analyze XBRL data. Additionally, it can create new files in standard XBRL format, best known as instance documents.

Another aspect deserving a mention is the use of XBRL in the fiscal domain. The UK has created a taxonomy for the filing of financial documents, called DPL (Detailed Profit & Loss). The taxonomy is available in three versions in order to suit the tax return filing procedure defined by the UK.

The Netherlands are part of the SBR program (Standard Business Reporting), a group of international programs led by government agencies with the purpose of regulating financial processes. The Dutch Taxonomy Project, or NTP, was launched in 2004 to reduce the burdens of the administrative processes.

The NTP has created an XBRL taxonomy that allows businesses to produce financial information for governments straight from their databases, and to use such information in a safe and efficient way. The Danish approach was then adopted by the Australian government in 2006 with the actualization of the SBR program. This program is now internationally renowned.

The Danish SBR has recently published the first beta version of the 2015 SBR taxonomy and the ING bank has announced that starting from January 1, 2015 they are going to offer discounts on loans and credit agreements for the customers of small and large companies. All they need to do is provide XBRL versions of financial statements by means of the SBR platform. 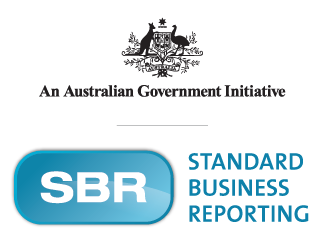 In sight of our project goals, it is essential to highlight that in addition to the legacy of financial statements, a crucial aspect in the new taxonomy is the simplification of the interface for statistical data storage.

In this respect, the Danish experience keeps demonstrating the great potentiality of using XBRL with the purpose of increasing collaboration between companies that share the same standard tools. Together with Denmark and Australia, the Netherlands are showing a strong interest in reducing the burden of administrative processes and creating the best conditions for a simpler and productive business environment.

One last mention goes to the campaign “Uniform Presentation”, aiming to stop paper filings at the Companies House before January 1, 2017. The efforts are directed to the simplification of digital filing for accountants and companies. In particular, the Association of Accountants has developed a “Uniform Presentation” specification, which is, in other words, a standard view mode for XBRL instances created by a different software.

Visit the website of the Dutch SBR organization: SBR Olanda

The United States have always fostered the adoption of the XBRL language and they are currently registering extremely high numbers of filed instances in compliance with this standard: 10,359 public companies, 118,263 XBRL filings, 4,465,704 are the numbers appearing at the moment on the homepage of XBRL US.

The XBRL technology was conceived by a team of expert accountants and computer engineers who presented their idea to the American Institute of Certified Public Accountants (AICPA). The Institute provided them with a team of people to develop their intuition and to realize it by means of the available funds for research and development.

Today, in the US, apart from being used for statement filings, the XBRL language is frequently employed in the communication between government agencies and companies. 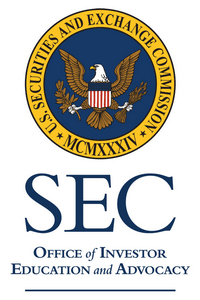 Even the SEC (U.S. Securities and Exchange Commission), the American federal agency in charge of monitoring the stock exchange, similar to the Italian Consob, in reaction to a campaign against XBRL compulsoriness, has declared in front of the Congress that fostering the exemption from XBRL would cause considerable damage to investors. In other words, the exemption from XBRL usage would impede research and the dynamic analysis of financial data. Not to mention that the comparison of financial data between companies would become impossible.

Furthermore, president White has confirmed that his agency (SEC) is considering the adoption of Inline XBRL for consolidated financial statements. With this format, public companies will be able to file a single version of each financial statement, that will be readable by both men and computer systems, consequently substituting the current system that requires the filing of two versions for each statement (a .doc version and an XBRL one).

These news demonstrate the high level of consideration of the potential application of this language in a leader country of the worldwide economy.

Visit the website of the American organization XBRL US

We may request cookies to be set on your device. We use cookies to let us know when you visit our websites, how you interact with us, to enrich your user experience, and to customize your relationship with our website.

Click on the different category headings to find out more. You can also change some of your preferences. Note that blocking some types of cookies may impact your experience on our websites and the services we are able to offer.

These cookies are strictly necessary to provide you with services available through our website and to use some of its features.

Because these cookies are strictly necessary to deliver the website, refuseing them will have impact how our site functions. You always can block or delete cookies by changing your browser settings and force blocking all cookies on this website. But this will always prompt you to accept/refuse cookies when revisiting our site.

We fully respect if you want to refuse cookies but to avoid asking you again and again kindly allow us to store a cookie for that. You are free to opt out any time or opt in for other cookies to get a better experience. If you refuse cookies we will remove all set cookies in our domain.

We provide you with a list of stored cookies on your computer in our domain so you can check what we stored. Due to security reasons we are not able to show or modify cookies from other domains. You can check these in your browser security settings.

We also use different external services like Google Webfonts, Google Maps, and external Video providers. Since these providers may collect personal data like your IP address we allow you to block them here. Please be aware that this might heavily reduce the functionality and appearance of our site. Changes will take effect once you reload the page.